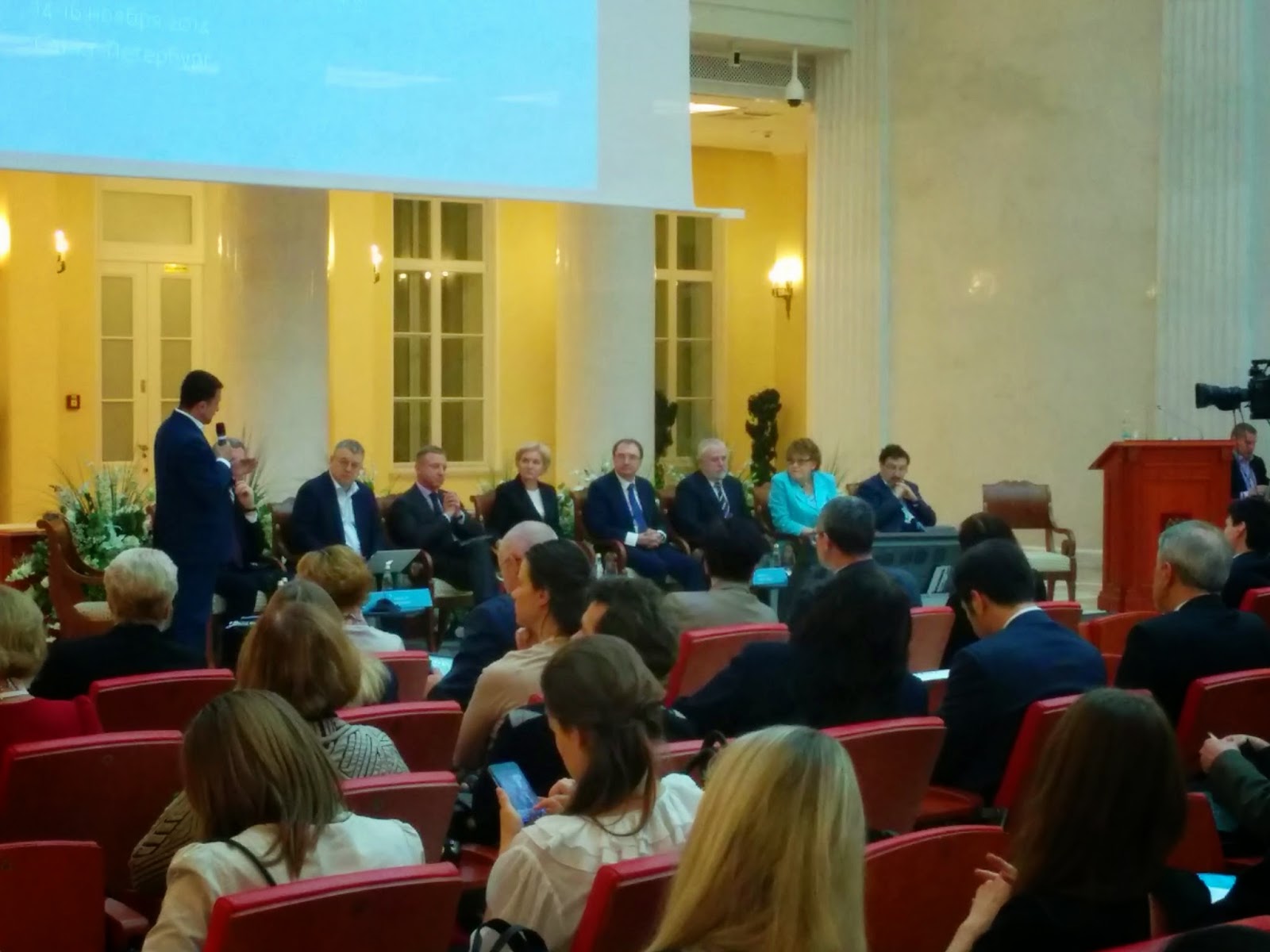 Introduction of 2-level graduate system (bachelor and master degrees) in Russia was appraised by all the participants.
Nikolay Kropachev talked about integrated bachelor programs where e.g. biology and chemistry studied as well as computer science. While Olga Golodets mentioned that in the one of the previous experts sessions they concluded that research universities with no medicine faculty/school have no future and in turn there's no future for medicine universities without strong engineering/computer science departments.
Yaroslav Kuzminov have noticed that liberal arts and sciences programs becomes more popular as the future itself becomes more uncertain. He added that MOOCs come in the education landscape and allow more free choices for students. Vladimir Mau talked about their experience in running a liberal 'management arts' program where they teach students to feel themselves in someone's others shoes (e.g. with help of applied history course) and practice interdisciplinary course works and projects.
The panelist were questioned by Oleg Kharhordin (Rector of European University in St. Petersburg) whether they remembered that " in its origins the liberal arts (Latin: artes liberales) are those subjects or skills that in classical antiquity were considered essential for a free person (Latin:liberal, "worthy of a free person") to know in order to take an active part in civic life (public debate, defending oneself in court) and be successful in it.
at 7:35 pm