1. 2015/2016 Yaroslavl region - one of Russia's State's cradles. Grand-grand parents lands and contemporary Orthodox communities there. Reconnection with Russian history in the context of local and family small real stories behind the official plot that we were taught in school and other state-guided narratives. Orthodox's miracles and XIX century's peasant studies. The adventure supported by newly acquired hitchhiking skills and my tutoring abilities to help local children with their studies. A one-year trip that resonates in me with Boris Grebenshchikov's 'Russian Album' (Russkiy al'bom).

2. 2016/2017 Pskov region, Belorussia, Latvia. Ecovillages and Kin's domains. It has opened Russian history in the neighboring countries' context. Physical and mental resurrection in 'Chistoe Nebo' ecovillage. Ecovillages and kin's domains the way to live. Gardening, building, and wild nature being experiences. Living among the forests on the countries border and between National reserves in really rural homesteads (you have to walk a lot to your closest neighbors) is even better than in the 'just countryside'.

3. 2017/2018 Soviet Union's South: Crimea, Kaukasus. Mountains, the sea, and the subtropics. Domesticated animals and less domesticated people. Ecovillages, new farmers, and kin's domains. Eating persimmons and pecans right from the trees. It was about to experience other climate and other cultures. While gardening and making friends there I've got the internal feeling that the planet Earth is a one being and there's no my land and soil and someone's other land and soil. Putting seeds in one place, harvesting in the other - it's OK. And that the friends are everywhere - it's just about to be open and to notice them. The Rainbow gathering (Russian edition) made me start to think (but not to feel yet) that there's even no border between lands, there's no border (or 'No Boundary' thanks to K. Wilber) between people and even between everything.

The Autumn is in Arkhangelsk region sleeping in October in a hayloft just above goats (I milked them every day) and a horse. The whole winter in Karelia in Kostamuksha Natural Reserve (Russian North-West just on the border with Finland). Nature protection institutions and climate science. Finno-Ugric languages' sounds and rhythms (now I understand why J. R. R. Tolkien was so involved with it).

I've 'met' a 'colleague of mine' - Elias Lönnrot. A Finnish physician and philologist, he collected and published the epos of past times ('Kalevala') while my field trips bring me the spruces of possible biocentric future epos and the corresponding values' space. Exact places' reports and analytical notes are published as separate blog posts, two overview articles are part of GEN Russia Annual Newsletters (2019 and 2020). The first one I've translated to English:  Ecovillages, Kin’s Domains, and New Farmers: 25 Years of the Modern ‘Back to the Land’ Movement in Russia/CIS.

5. 2019/2020 Finland, Sweden, and back to Karelia. Organic and biodynamic farms and Folk Schools. European Ecovillage Network and European Rainbow Gathering (these communities have intersections). Boreal biomes and landscapes. Raindeers and Saami culture.

I've met new farmers and even new peasants (and worked a little close by) who are vegetarians in such a north climate where agriculture (especially vegetables, fruits, and crops) is considered (in Russia) as of 'high-risk enterprise'. They are self-sufficient, healthy, and thoughtful. Their kids and grandkids are healthy and smart. One of these new peasants - Lasse Nordlund, a half-German/half-Finnish former Software Engineer wrote a 'Foundations of Our Lives' book on his personal experience (the book's Finnish version is extended with chapters written by Maria Dorf, Lasse's wife).

Just before COVID 'self-isolation' had been announced in Russia I has come to a Ladoga lake's north shore village (population - 2500) where I've bought an apartment in a duplex (semi-detached house) or 'paritalo' in Finnish with a piece of land for gardening, sauna and summer kitchen (4 chimneys in total). I see this place and space as a living lab for 'back to the land' experiments and to host friends and guests while continuing field trips into the wilder nature and less populated landscapes with original forests. 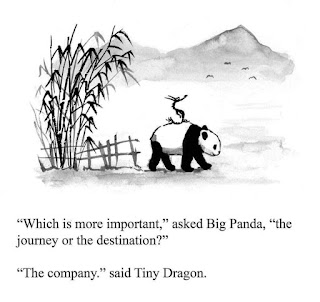 II. Indigenous and/or rural (Saami, Dungan, ...) people and old believers. The 'World in faces' project by Alexander Khimushin provides some directions for the search. Shifting perspective views to cosmological perspectivism (a concept coined by the Brazilian anthropologist Eduardo Viveiros de Castro to encapsulate indigenous conceptions, he is know for his book 'Cannibal Metaphysics'). And deeper to Nature, somewhat one of the largest Russia's natural reserve - Pechoro-Ilych Nature Reserve in Komi Republic. Scandinavia is still an option for such experiences. Longer stays in wild nature (for the set of reasons, e.g. to get effects similar to 'vipassana', insights like Vladimir Serkin's studies in Russian's Far East, ...)
III. On the 'A' plane, maybe: Deep adaptation labs (Universities, ecovillages, nature reserves, ecological communities in cities, ...) and 'qi' research groups.
at 8:06 pm